This is the Quickstarter version of Dirty Town, a sucessfully funded #Zinequest2 Kickstarter campaign. Wait, you don't know what Dirty Town is?

Dirty Town is a cooperative diceless RPG about the corny adventures of Pigeons. Get ready to negotiate with your fellow sparrows, deal with nasty rats, angry cats, evil seagulls and face many more dangers in Dirty Town !

Have you ever wondered what your favourite movie's storyline would be like if the main characters were Pigeons? Of course not, but don't be corny about it. Imagine you could transform The Lords of the Rings into The Feathership of the Wing and play as a Flock of Pigeons travelling throughout Birdgard (which is actually Dirty Town) to destroy The Feather. AMAIZEing, right!? 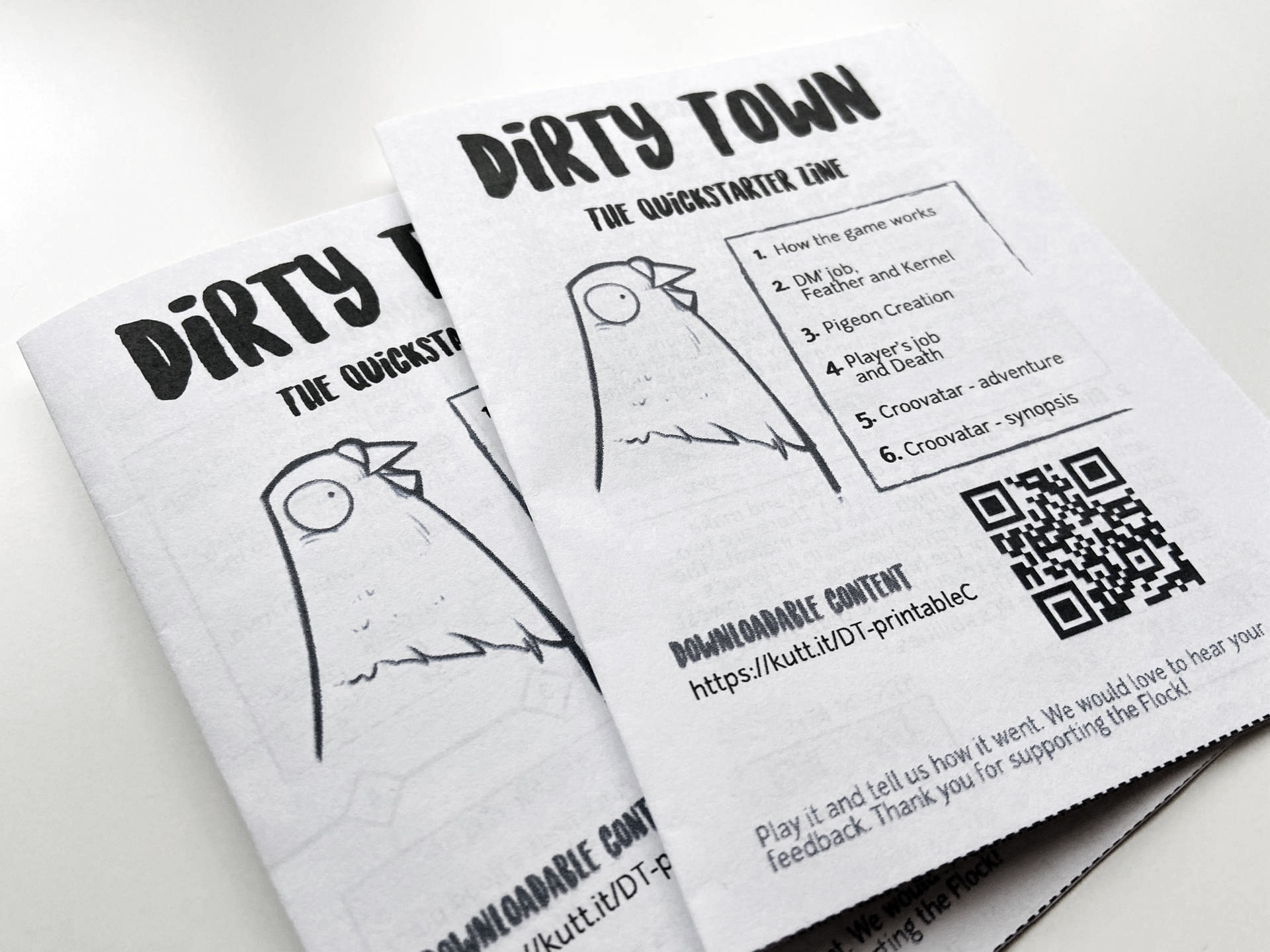 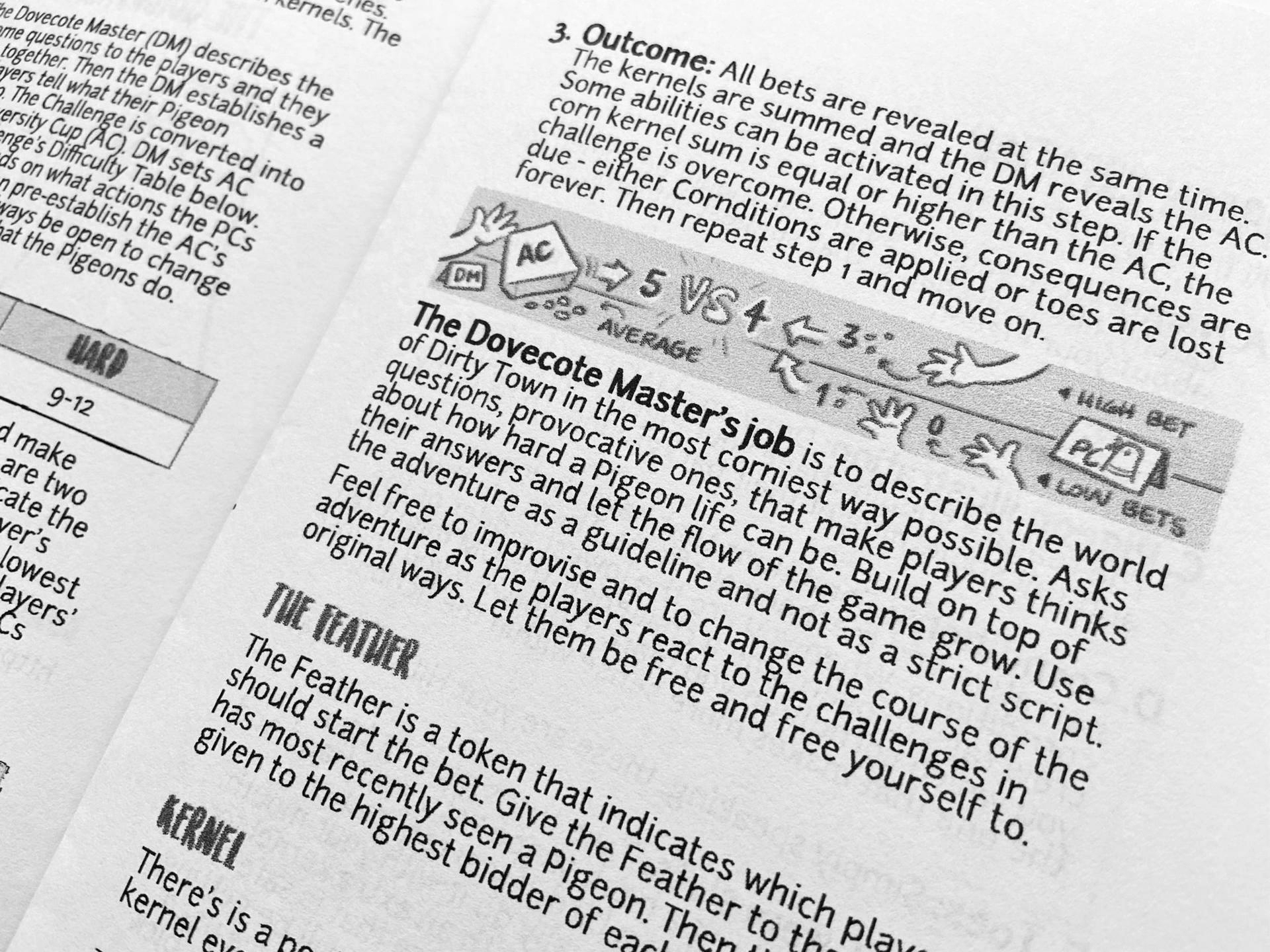 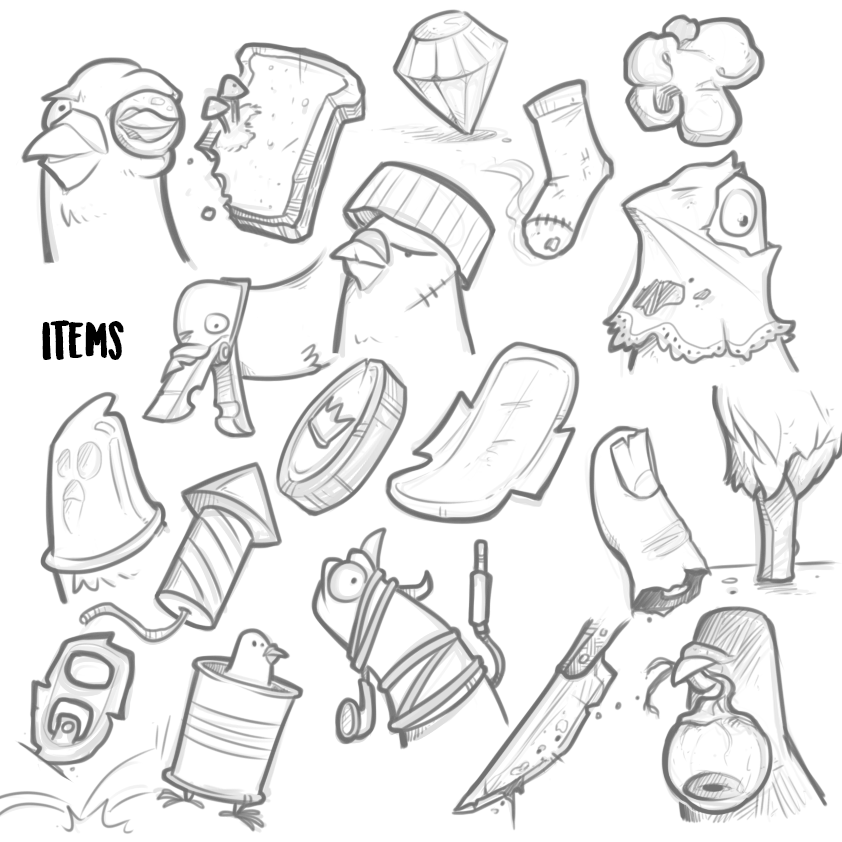 Please feel free to leave your inKERNELible feedback in the comments below. Help us build the corniest Dirty Town possible!

The content of this listing is free for every member of the flock (Backers). If you want to get a copy of the full game of Dirty Town, please send us an email and we'll send you a survey to fill out your Late Pledge with a discount of 3$ due to supporting Dirty Town Quickstarter Zine!

Thank you for supporting Dirty Town the corniest RPG ever made!

In order to download this game you must purchase it at or above the minimum price of $3 USD. You will get access to the following files:

Anyway, in Dirty Town you play as pigeons.

The game goes all in on this, and your (extremely well-designed) character sheet tracks you HP as your "toes", character creation involves pecking at objects in the center of the table (with a bonus if you pick one up with your mouth,) and if your PC dies you become a bird ghost that has access to hidden knowledge but can only communicate via pigeon sounds.

This is lovely and fun and makes Dirty Town a strong pick for a casual one-shot or a convention game.

That said, I wasn't able to fully figure out the dice system. Players pass checks through blind bids of corn kernels, but the game gives just enough conflicting pieces of information that every time I thought I understood the mechanics at play, I realized I was missing a critical bit of info.

Here's the information the game presents:

I get that it's maybe supposed to be sort of like a pvp Golden Sky Stories, but how does the target number factor in if everyone is graded on a curve? What are the tiers about?

I think an example illustrating the flow of play would help a lot here, but in the meantime here is how I would houserule things:

-Each player secretly chooses how many kernels to spend.

-The target number and everyone's spends are revealed.

-If at least one player spent kernels equal to or greater than the TN, the group passes the challenge. Otherwise, everyone suffers a consequence.

Overall, unclear mechanics aside, I think Dirty Town is a clever, playful game that does a lot to connect its gameplay to the pigeon theme. If you're willing to sort of wing your own interpretation of the rules, I would absolutely recommend this as a one-shot, especially if played in person.

I'm sorry for the late answer. First of all, thank you so much for your feedback. It is very valuable to the team!

Dirty Town Quickstarter is indeed a small sample of the Dirty Town Kickstarter, which was sucessfully funded at Zinequest2.

"This is the Quickstarter version of Dirty Town, a sucessfully funded #Zinequest2 Kickstarter campaign."

We are currently finishing the last details of Dirty Town's writting and your feedback is perfect to make it the best it can be for both backers and future supporters.

The Zine will have a full and clear explanation of the rules and how to play it, as also illustration to guide more easily new players, just like you suggested!

Regarding of how you houseruled the game, it a almost perfect fit of our we intend the game is to be played, but instead of "If at least one player spent kernels equal to or greater than the TN" it is suposed to be the sum of all player's kenernels VS the TN set by the DM.

" The kernels are summed and the DM reveals the AC. If the

corn kernel sum is equal or higher than the AC, the challenge is overcome. Otherwise, consequences are due - either Cornditions are applied or toes are lost forever. "

Regarding the Tier of bets, it's just a simple indication to let other players know if your bet is low or high. Example:

There are 4 players. The first 3 players make high bets. You, as the last player, may choose to make a low bet (and save some of your Kernel for later) since there is a very hight probability that the Challenge is overcome with all the high bets announced before yours.

Anyway, thank you so much for the recommendation, though this is just a very tiny glimpse of what the full Dirty Town is. Dirty Town will have up to 40 A6 pages of content and 2 extra zines titles "Corny Adventures Volume 1 & 2" full of addapted movies from pop culture.

Please check the Kickstarter page to follow the updates by clicking HERE.

A silly question but, why is there no content in Portuguese?

Hello JoguinhosHard, sorry for the incredibly late response (somehow got lost in our notification panel!).

We have some Portuguese and some English content. We thrive to both aim for the Portuguese and International RPG scene and that's why we mainly produce games written in English. Anyway, check our Stranger's Smile, Tower of Arcana and Invenção Goblin for Maré Baixa Portuguese games!

Hope I was useful and have a nice day. 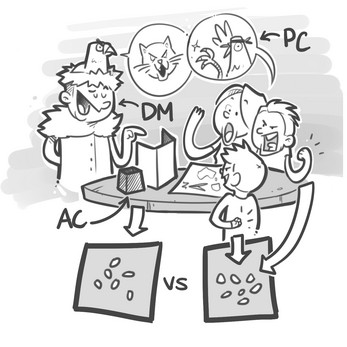 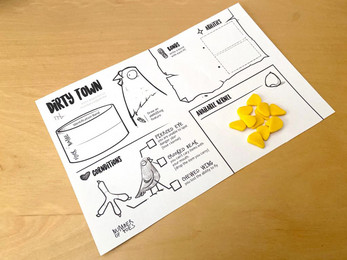 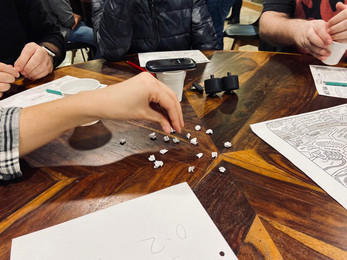